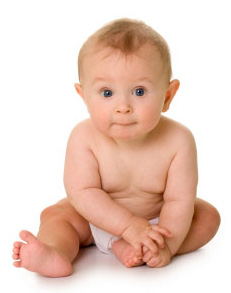 If you’re looking for a DNA paternity test kit, there are some important things you should know. I suggest you read this page to the end before deciding.

Paternity testing is the most common way to prove that a given man is the father of a child.

My favorite lab for this purpose is EasyDNA, which offers fast, affordable, and reliable DNA testing services.

Your least expensive option is to order a DNA paternity test kit for home use.

You collect a small sample of saliva from both the child and the suspected father. Return the kit by mail and see results in 3-5 working days.

It’s important to understand that no DNA test done at home is admissible in a court of law. That’s because there is no proof of who provided the sample.

In many cases you just need to know the truth for peace of mind. Then home testing is appropriate and far less expensive.

If there are issues of custody or child support that could end up in court, then you should order a legal paternity test from EasyDNA. Use the link and click Legal Paternity Test in the right side menu.

Both test subjects will then be tested in person by a professional DNA sample collector. The sampler could be an unrelated doctor, nurse, or other medical professional. That person will collect the sample and legally guarantee its integrity.

If the child and father are in different locations, they can be sampled by different collectors.

There is a strict chain of custody process for getting those samples to the lab for comparison.

It is possible to test a child before birth through what is known as prenatal paternity testing. There are various ways to do this. Some are invasive and involve medical risk. Those tests must be done by an OB/GYN.

This test requires a sample of maternal blood from which they separate the fetal DNA.

The process for comparing the child’s DNA with that of the potential father is far more complex that standard paternity testing.

And no matter how prenatal paternity testing is done, it will be far more expensive than using a DNA paternity test kit after the child is born.

The standard DNA paternity test kit at EasyDNA looks at 21 autosomal DNA locations, called markers. It counts the number of times a given sequence repeats at each marker.

For example, if a child has the values 9 and 11 at a given marker, she must have received the 9 from one parent and the 11 from the other.

If the man does not have one of the same values as the child at all 21 markers, he will be excluded as the father.

On the other hand, if there’s a match on every marker, the probability of the alleged father being the biological father of the child is 99.99% or higher.

Not Recommended for Testing Siblings or Other Relatives

For relationships other than parent and child, there are no required values. Labs are forced to rely on statistical formulas to calculate the probability that two people have a certain relationship.

This means that the results of such “sibling” or “kinship” tests are often inconclusive and sometimes wrong.

You are better off using an autosomal DNA test from the best testing companies. Those tests can confirm any relationship out to second cousin.

When the Alleged Father is Not Available for Testing

What can you do if the suspected father is deceased, can’t be found, or refuses to be tested?

You can use one of the genetic genealogy autosomal DNA tests on the Testing Companies page to indirectly determine paternity.

You simply test the child and a close relative of the man.

If such relationships are not confirmed, then the man would be excluded from being the child’s father.