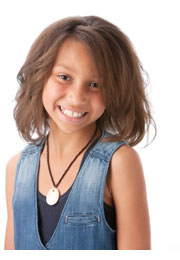 In addition to providing genetic matches, the major genetic genealogy DNA tests all provide an estimated breakdown of your ethnic ancestry.

As a result, the number of people in the leading DNA databases has greatly expanded.

This has produced more and closer matches for genealogists, adoptees, and others looking primarily for genealogical information.

People expect “ethnicity” to match their recent ancestors’ countries of origin. Instead, they get something called “admixture” that reflects hundreds of additional ancestors.

Only living people are tested. So ethnic DNA testing rests on a somewhat shaky assumption that people living in an area today reflect the ethnicity of people living there in the distant past.

You get 50% of your DNA from each parent. Yet the randomness of DNA inheritance means that the contributions from your four grandparents are often unbalanced.

This randomness occurred at every step down your family tree. As a result, some of the distant ancestors in your GENEALOGICAL family tree are not even part of your GENETIC family tree.

Another challenge to ethnic DNA testing: People have not always stayed in one place over time. Migration and mixing have always been part of human history.

That makes some regions difficult to distinguish, e.g. Scandinavian vs. British Isles, French vs. German, and Italian vs. Middle Eastern.

Why Results Vary by Company

People who do ethnic DNA testing on multiple tests are surprised to find strikingly different results.

First, the challenges and limitations noted above apply to every DNA testing company. Nobody has a magic bullet to get around those issues.

Then each company approaches the estimation of ethnicity in its own unique way.

• Each uses different “chips” which sample different locations in our DNA.

• Each uses a different set of reference populations for comparison.

• The companies report different regional groupings and name them differently.

NOTE: I do presentations on the subject of ethnic ancestry DNA testing. If you attended one of these presentations, you're welcome do download this summary.

How the Leading Companies Report Results

In their ethnic DNA testing reports, all the companies provide a breakdown of ethnicity into percentages. But each test has some additional features that stand out.

Family Tree DNA includes an ethnicity breakdown in the Family Finder test. It also has a Chromosome Painter that helps you visualize which segments of your DNA come from each population.

Family Tree DNA is the only company that also offers Y-DNA and mitochondrial DNA testing. Unlike some of the other autosomal DNA tests that report haplogroups, these tests also compare your Y-DNA or mtDNA with other testers to report genetic matches in your direct paternal or maternal lines.

AncestryDNA reaches beyond the ethnicity breakdown with Genetic Communities. If you have a family tree linked to your AncestryDNA test, they will compare the locations of people in your tree to those of your genetic matches. The resulting geographic clusters reflect a more recent timeframe.

23andMe does the most exhaustive ethnic DNA testing. In addition to an ethnicity breakdown, they provide a Chromosome Painting, mtDNA haplogroups for all, and Y-DNA haplogroups for men. Their Ancestry Timeline estimates how many generations ago was your most recent ancestor in each population. 23andMe also provides a report on your Neanderthal ancestry.

MyHeritage DNA also goes beyond the typical ethnicity breakdown. MyHeritage DNA has millions of user trees and mines that data to break down your ethnicity into any of 2,100 Genetic Groups.

Your groups may display information such as migration patterns, common surnames, and the top places where a group’s members lived during various time periods.

NOTE: Since Jewish family trees often include quite a bit of intermarriage, autosomal DNA matches for people with Jewish heritage often appear more closely related than they really are.

For Y-DNA and mitochondrial DNA testing, Jewish lineages tend to fall into a  distinct set of haplogroups. This makes it easy to verify a direct paternal or a direct maternal line as Jewish. See Jewish DNA Tests.

For more information on DNA testing for the Jewish population see this section of the Family Tree DNA Learning Center. 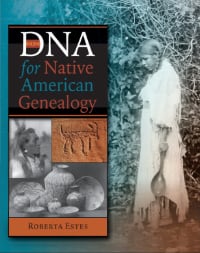 Confirming Native American ancestry through DNA is not a simple thing. Autosomal, Y-DNA, and mitochondrial DNA testing can all play a role depending on the situation.

Whenever I have questions about this subject, I turn to Roberta Estes for expert answers. Now she has published a book on the subject. If this is something you're interested in, I suggest you get this book:

Where to Learn More

For more information on any particular test, see the above links. For a deep dive into the details of ethnic DNA testing, see this page on Admixture Analyses at the International Society of Genetic Genealogy website.